At a friend’s birthday party two weeks ago, I reconnect with James and Victoria, dear spiritual kin who live about an hour’s west of where I do. Due to circumstances beyond our control, we haven’t seen each other in many moons. Victoria and I settle down on the couch to chat while the rest of the party hunkers around the dining table engrossed in off-color hilarity spawned by a card game. Bathed in peals of laughter, Victoria and I catch up.

She discovers I’ve been praying for the salmon. “I used to do that, too,” she says. “I helped restore a salmon stream near Chimacum a long time ago. Artists have built a huge salmon to commemorate that. . .so big you can walk into it. The belly is filled with salmon stories in imagery and writing. Would you like to go see it?”

As if I have suddenly stepped outside myself, I look down on the two of us sitting on the couch and SEE how my commitment to pray is already being fed and enlarged. I breathe a silent “thank-you.”

Of course I say, “Yes,” and we make a plan to meet half way between our homes the following Sunday – the 18th of August.

V texts me on Thursday to tell me that we can’t meet at our original destination because a huge county wide event is happening at that park on the same day. She tells me she knows a lake nearby where we can go instead.

We meet at a gas station in the early afternoon. THEN she tells me the lake where we are headed is dead. The water is toxic and has been for a number of years, that our dogs can’t go near it, nor should we. She asks if I still want to go and of course I say “YES!”

This, obviously, is a wounded place and needs our prayers, just what the Global Earth Exchange is all about.

We drive the short distance to the State Park where the lake is located. Only one other vehicle is parked but I notice there is a resident summer caretaker living there. We have to pay a $10 entrance fee, which seems a bit paradoxical, doesn’t it, when no one can swim, wade, or fish in the main attraction…

To my eye, on this gray day, the lake looks benign, shimmering in response to the moody sky. . . no signs of scum or algae, the water seemingly clear. But yellow tape is strung up across the boat ramp as if a crime has occurred, which actually is accurate! Warning signs proliferate along the banks: Toxic. Do not drink. Do not touch. Symptoms such as tremors, nausea, dizziness, weakness, and diarrhea can occur within minutes. 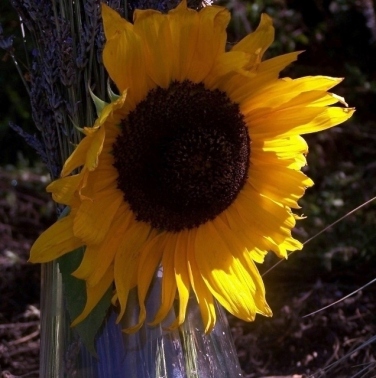 Deborah Jane Milton, Ph.D. is an artist, mentor, and eco-psychologist, mother of four and grandmother of eight.
View all posts by Deborah →
This entry was posted in mystery, truth and tagged dead water, salmon prayers, toxic lake, wounded earth. Bookmark the permalink.