Simple illness, the kinds we all succumb to from time to time and from which we emerge in a few days, those simple illnesses give gifts. This cold, for me, gifts me with a day of time and solitude. I’ve cancelled my plans, maybe will have to cancel ones for tomorrow. My friend, Jaems, emails me this morning and says, “ If you’re reading this, you shouldn’t be. Go back to bed. Use this time for inner reflection.”

He doesn’t know I now have a laptop!

I do head for bed, without my laptop, and I do fall asleep, perchance to dream, but nothing much unfolds in that inner world. I wake and pick up the book that’s been resting without complaint on my bedside table for the last month. I ordered it when I ordered Abram’s Becoming Animal, partly because I knew Abram started his book with a poem by Robert Bringhurst and partly because Amazon claimed I would like it…You know how they do that! Gets me everytime I swear. Robert Bringhurst’s book, Everywhere Being Is Dancing, has been waiting without rancor for a month, but yesterday, with no warning, it began yelling, “ Look at me, pick me up, choose me, try me, you purchased me for god’s sake!”

I pick the book up after grabbing Abram and rereading the poem that captured my attention in the first place.

Voice: the breath’s tooth.
Thought: the brain’s bone.
Birdsong: an extension of the beak. Speech:
the antler of the mind. ( RB )

I had to draw what I think of as a polyphonic response to that poem.

The book’s black and red cover intrigues me. On the bottom there’s a black…

ooops. I smell cookies. I can’t believe they’re baked already. Ooops the buzzer just went off. Gotta go… I believe in the old adage my mother taught me: starve a fever, feed a cold . . .with chocolate chip oatmeal walnut cookies. 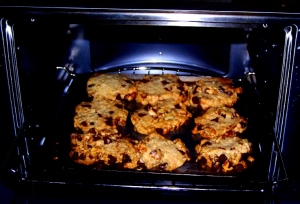 …there’s a black square with a riveting image – a swan I think maybe, whirring its wings so fast you can barely see spokes of individual feathers in a blurring semi-circle of shades of white with maybe a black beak peaking to the right, wings wheeling so fast I feel their downdraft, their power. Moving stasis …What a photo! It, too, is polyphonic! By now you may be scratching your head, if you, like I, have not yet added that
polyphonic word to your vocabulary.

Yesterday, I was traveling beyond words. Today I’m immersed in a world of multiple words, tracking multiple layers of reality, the way the forest reveals its deeper message in a chorus of sounds, each soundstory a particular thread of uniqueness gathering together in a gestalt that the wise ones can “read.” Bringhurst describes this as polyphony. I learn the word’s origin is Greek and recent, the early 19th century. “Polu”means “many” and “phōnē” means “sound.”

This word, polyphony, matters to me. It provides a context to understand how I live, think and know – a big word, this polyphony. It describes the gift brought by BodySinging when a group of us stalwart BodySingers gather to sing our individual storysongs simultaneously…People have labeled that kind of BodySinging as jazz, but I know it is more than that. It is the symphony that holds our world together.

Bringhurst describes polyphony as…”singing more than one song, playing more than one tune, telling more than one story, at once. It is music that insists on multiplicity – instead of uniformity on the one side or chaos on the other…(It creates) a statement that none of these statements makes on its own…they retain their independence …(and )…their relation is that of coequals.” ( p33 )

“The world is a polyphonic place. The polyphonic music, polyphonic poetry, and polyphonic fiction humans make are answers to that world. They are mimicry of what-is, as much as they are statements of what might be.”( p37 )

Finally, Bringhurst comments that polyphony is not meant to be a “skilled procedure or technique” but rather reflects the way things are. “Multiplicity of voice is not some new and nifty trick. In poetry as in reality, it is the ancient, normal mode.”

I want to chew on that and enjoy my cookies at the same time.

Deborah Jane Milton, Ph.D. is an artist, mentor, and eco-psychologist, mother of four and grandmother of eight.
View all posts by Deborah →
This entry was posted in truth and tagged music, polyphony, realities, singing, story. Bookmark the permalink.